After more than fifty years of war, Colombia is now in the process of recovery. It warmly invites the international community to light a candle on 7 December to signal its support for peace.

Given current conditions and the risk of armed conflict resuming in Colombia, numerous social organizations have called on the citizens of the world to light a candle for peace on 7 December 2018 at 7 pm.

The country of Colombia has over seven million displaced persons (NCR data), one million more than Syria; more missing persons than the dictatorships of Argentina and Chile put together; and more civilian deaths (215,005) than the former Yugoslavia (130,000). It now asks the international community to show its solidarity with the peace processes currently underway in the country.

To date, more than 500 social leaders have been killed in Colombia ‒ the same fate has befallen 86 „reinsertados”, former members of armed groups reintegrated into civilian life. The rearmament of paramilitary groups fostered by the rise of drug trafficking, several proposals from the Colombian government to terminate the peace deal with FARC, as well as the indefinite suspension of peace talks with ELN guerrillas, have prompted this urgent call from civilian society.

The governing party, what’s more, has come up with proposals that run against the victims of the conflict. Thanks to this, not only did the Special Transitory Electoral Districts for Peace (constituencies) lose in the election, thus losing representation in Congress, but initiatives are moving forward to avoid land restitution, a policy that would allow the territories acquired through force to be returned to their legitimate owners.

Now in times of peace, the government’s failure to fulfil its promises in land and environmental policy has been translated into an exorbitant increase in deforestation in areas of environmental interest, for example the Colombian Amazonia. Colombian soil, seen as both plunder and territory, is perhaps one of the greatest victims of this war.

For these reasons, spokesmen and women from various sectors of civilian Colombian society are making an urgent call for talks to resume with ELN, and to prevent those political players and armed groups who wish to see war return to the country from achieving their aim of plunging Colombia into yet another bloodbath.

So please join us in lighting A CANDLE FOR PEACE IN COLOMBIA on 7 December.

Gran Seaflower 2021: A Spark of Hope in The Caribbean
The unregulated trade of marine ornamental fish: How many Nemos and Dorys are imported to Europe every year?
COVID-19: Millions of animals are paying the deadly price for human vaccines
Important decision at CITES CoP18: Marine ornamental fish trade finally to be put under the microscope
All news 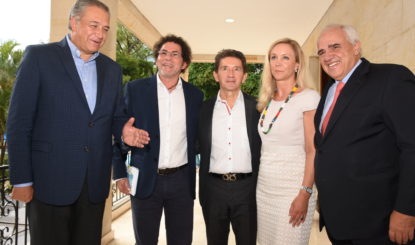