The only ones wearing fur should be animals!

Fur bobbles and trims on hats, jackets and boots. The sale of fur products has seen a big resurgence in recent years. Today, fur is cheap to mass produce and therefore affordable. It is often used to trim textiles and embellish fashion accessories ‒ that’s why real fur often goes unnoticed and people don’t realize the unimaginable suffering behind it.

Obtaining fur products has not become any more animal-friendly. Quite the opposite, in fact. Ever since Asia has become a major producer and exporter of fur products, the animal welfare issue has become even more acute. Current images make it abundantly clear: rearing and killing animals for their fur still involves the most barbaric torture.

Wearing fur is seen as “trendy” among the rich and the beautiful. And so the younger generation becomes desensitised – and they don’t see how much blood and pain is attached to every single piece of fur.

Although a fur declaration ordinance has been in place in Switzerland since 2013, it is evident that 70% of the shops inspected still declare insufficiently or not at all. Random checks by authorities, animal welfare organisations and the media have also shown that consumers are often deliberately misled about critical points of fur production and thus encouraged to buy. Even an optimally designed and implemented mandatory declaration process would still not prevent fur goods produced in a cruel way to be imported and sold. 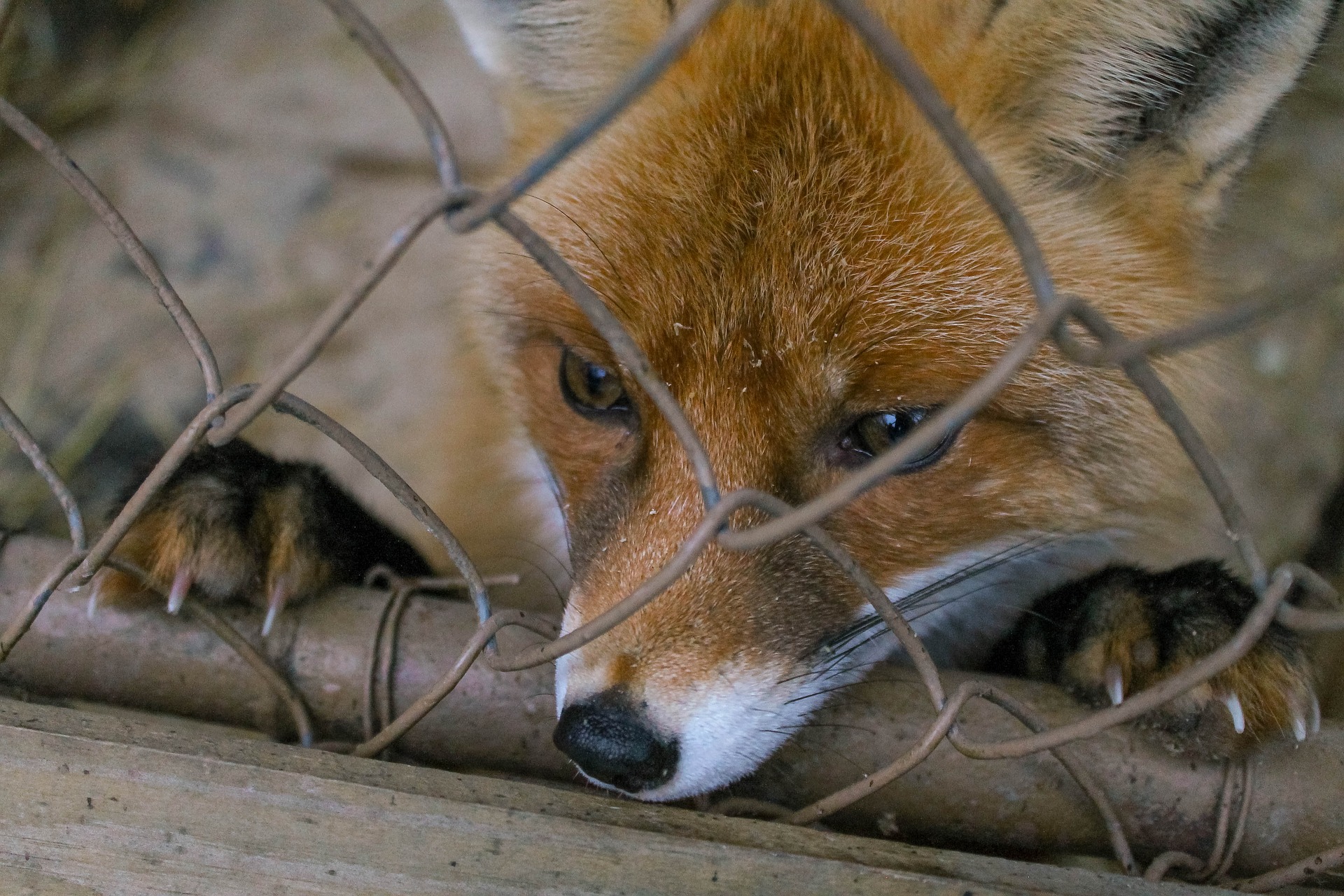 Rearing and killing animals for their fur still involves the most barbaric torture. 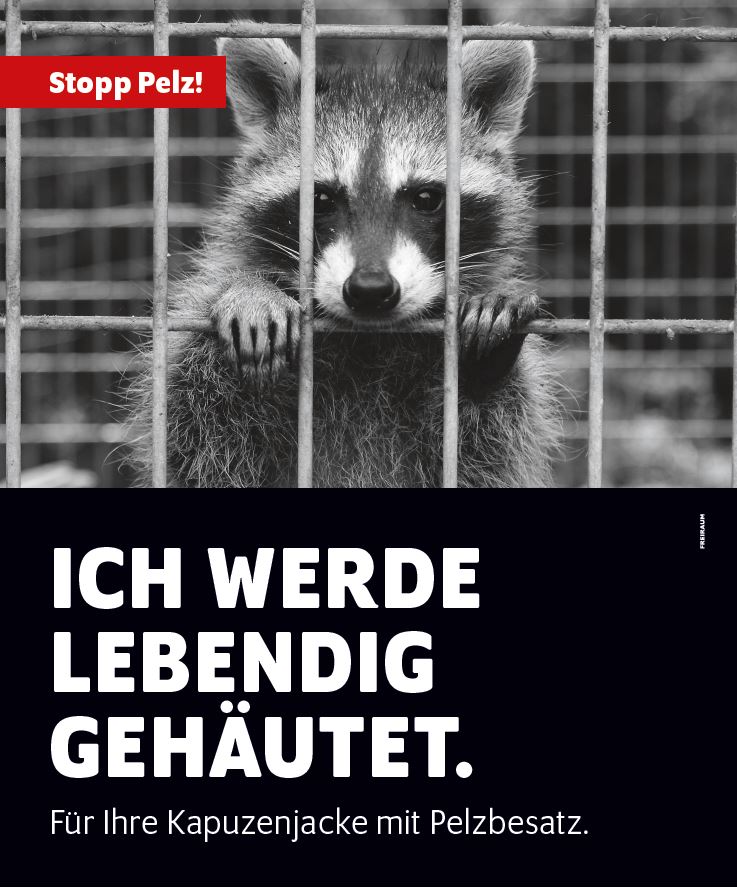 The objective of our campaign is to increase people's awareness of the tremendous suffering experienced by fur animals and finally put a stop to wearing fur for good. 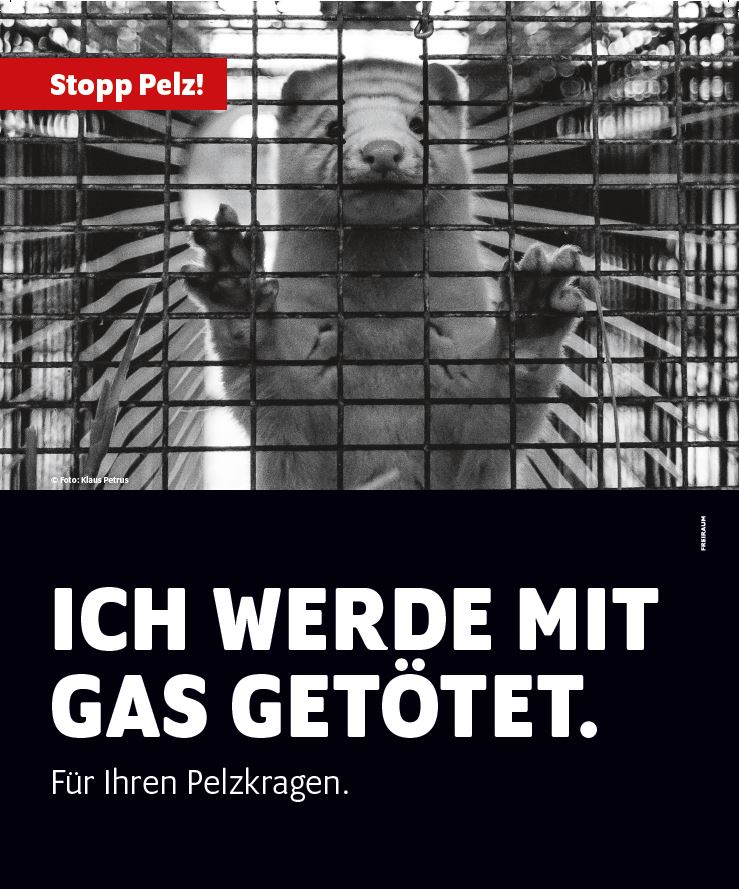 Even an optimally designed and implemented declaration obligation would not be able to prevent the continued import and sale of fur products obtained in a cruel manner to animals. 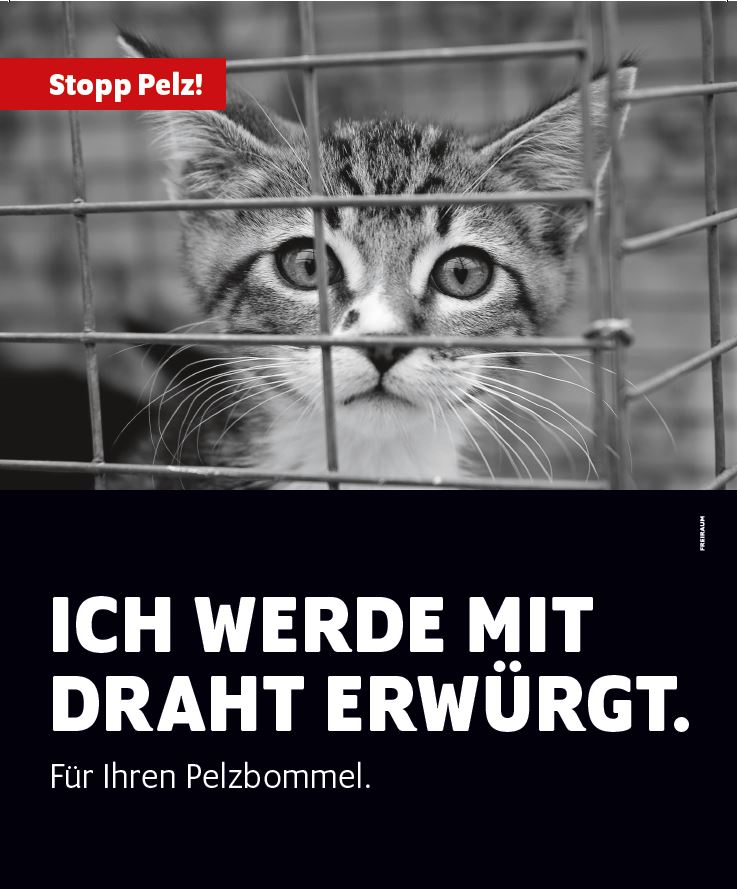 People should know what they are wearing and how much blood comes with it. 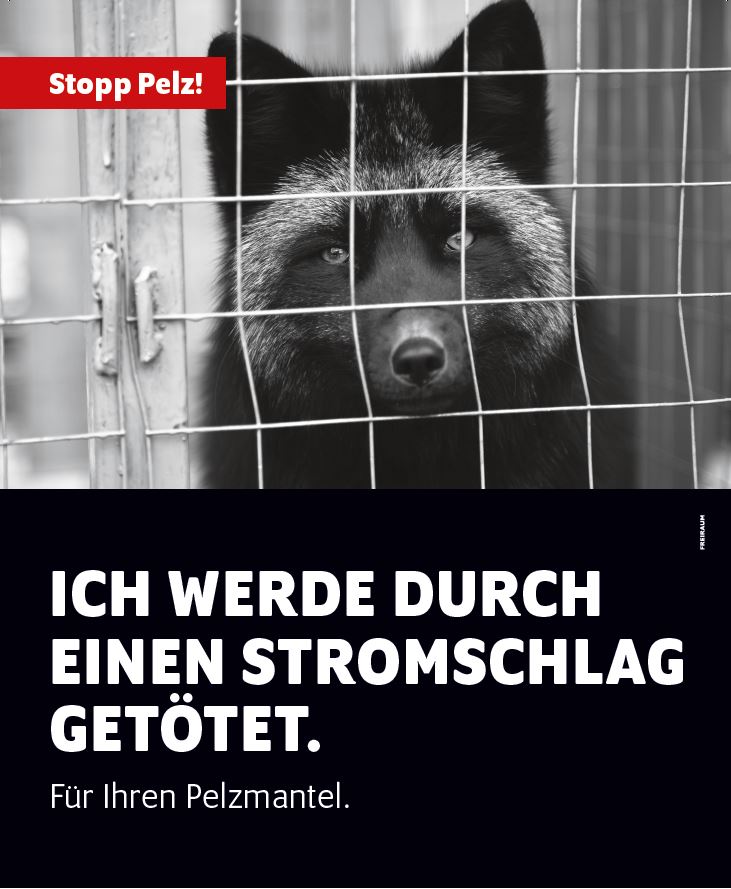 Only animals are allowed to wear fur! 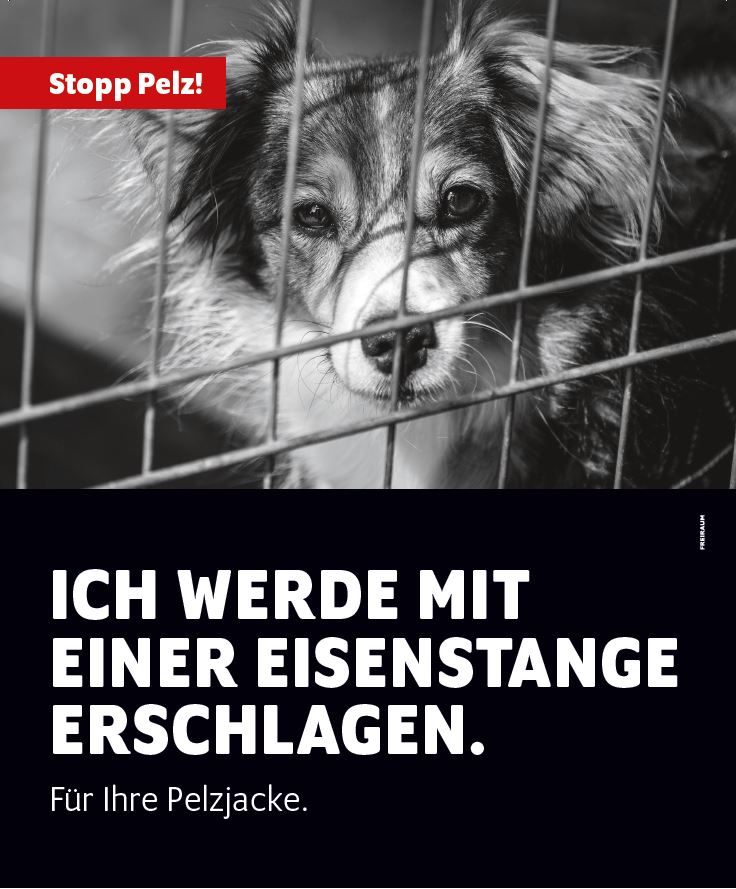 Only a total ban on fur imports will prevent cruelly produced fur products from finding their way into Swiss shops.

Together with a number of other animal welfare organisations, Fondation Franz Weber has launched an awareness and education campaign. Across Switzerland, a total of 2,500 posters can be seen throughout the year in three national languages.

Our campaign aims to shake up, inform and shock. We want to raise awareness of the tremendous suffering experienced by fur animals – people should know what they are wearing and how much blood comes with it.

The objective of our campaign is to increase people’s awareness of this issue and finally put a stop to wearing fur for good.

Furthermore, Fondation Franz Weber supports the collection of signatures for the petition “No import of fur products obtained through animal abuse”. The petition calls on the federal parliamentarians in Bern, Switzerland to support the motion 19.4425 submitted by Swiss National Councillor Matthias Aebischer for a ban on the import of fur products produced in a cruel manner. This is because the methods used abroad to hunt animals for fur (leghold traps, snares and killing traps) as well as the conditions under which they are kept (cramped cages with wire mesh floors) in commercial “fur farms” – from which 85% of the fur comes – clearly constitute animal cruelty according to the standards of the Swiss Animal Welfare Act.

Therefore, it is clear: Only a total ban on fur imports will prevent cruelly produced fur products from finding their way into Swiss shops. Sign this petition and help us spread the word! 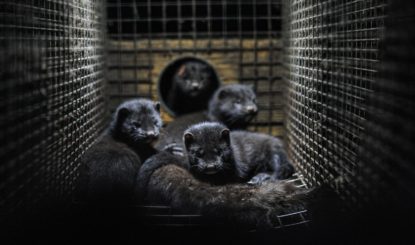 On 4 November 2020, Denmark decided to cull more than 15 million mink on its nearly 1,200 fur farms nationwide. This, after several animals infected with Covid-19 were discovered - some of them with a mutated version of the virus. Denmark is by no means an individual case: five other countries, including the United States and the Netherlands, have observed the same incidents of infection and transmission. Fondation Franz Weber sent a letter to the Danish Prime Minister on Monday, 9 November 2020 - today the Danish decision is still pending.
Fondation Franz Weber 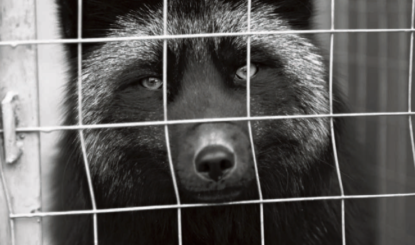 The Most Cruel Fad

Fur is everywhere again. The animal-despising fashion literally pulls the fur over our ears with pompoms, borders and fluffy hoods. The result: unimaginable suffering for over 100 million fur animals. But fur is only beautiful on the animals born with it!
Viktoria Kirchhoff 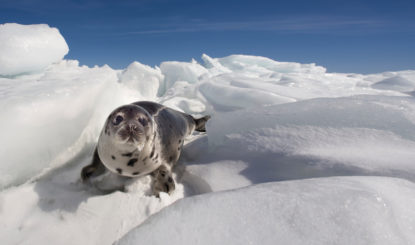 "A small Swiss organisation has played a decisive role in the import ban on seal products in Switzerland as well as in the EU," writes the St. Galler Tagblatt in the introduction to an article on the seal hunt. We are talking about Fondation Franz Weber.
Vera Weber