Historic Horse Chestnut Avenue at Hirschengraben in Bern Threatened to Be Destroyed!

On 7 March 2021, the citizens of Bern will vote on the implementation loan for the construction and traffic measures in connection with the expansion of the train station Bern. More than two dozen healthy old trees – each one a biodiversity paradise in its own right – are to be sacrificed for an additional station exit that is a failure of planning. This crime against nature in the city of Bern must be stopped!

Under the name “Zukunft Bahnhof Bern” (Future of Bern Train Station), SBB is planning the reconstruction of Bern train station around Welle 7 down to Hirschengraben and would like to create a second full access to the station there. It is undisputed that a solution for this part of Bern station is needed, as there is currently no good solution for bicycle parking. Additionally, the situation for pedestrians to transfer from the bus and tram to the train tracks is also problematic.

At Hirschengraben, one of the few old parks on the periphery of the old town, there is currently a magnificent horse chestnut avenue with more than two dozen trees, some of them over 100 years old. This avenue is to be cleared for the planned new underground access. Although “climate-resistant” lime trees are planned as replacement, a young tree can in no way replace a 50- or 100-year-old tree in terms of its importance for urban biodiversity. The renowned arborist Fabian Dietrich has drawn up an expert opinion on the health of the trees and assessed their general condition as “good”.

Basically, a solution for bicycle parking around Hirschengraben and Welle 7 is needed in any case. The current situation is chaotic, to say the least. Although the new bicycle parking hall under Hirschengraben is part of a second proposal that has not yet been put to the vote, it is already being used as an argument in the referendum campaign. In the opinion of Fondation Franz Weber, however, there are far more suitable places, closer to the tracks, which would be better suited for bicycle parking.

Fondation Franz Weber does not see the conversion as proposed in the project as a solution and as a missed opportunity for sustainable mobility in the heart of Bern. The project fails to give more space to non-motorised traffic and leaves motorised traffic in its previously dominant position around the station. Banning pedestrians and bicycle traffic to the underground is an outdated understanding of spatial planning.

Environmental and climate protection begins on your own doorstep or in your own city, also in the heart of Bern!

Help to prevent the planned destruction of the Hirschengraben: 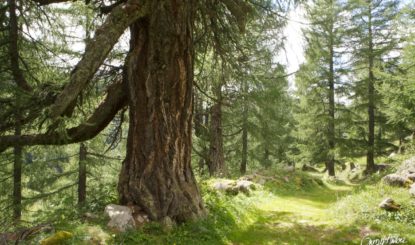 Protection of Trees
Go to project