Helvetia Nostra and the Swiss Foundation for Landscape Conservation have lodged a complaint with the canton court against the Montagne-de-Buttes (Neuenburg canton) wind farm project.

With 19 wind turbines each 180 metres high, dispersed across the meadows typical of the Neuenburg Jura Mountains, the project in beautiful Val-de-Travers would be the largest wind farm ever planned in Switzerland. The wind farm facilities would have fatal consequences for birds and bats, as the project poses a great threat to animals’ habitats and presents the danger of collisions with the wind turbines. And, if the project were to go ahead, it would severely endanger the recent, successful return and repopulation of golden eagles in this region – after being absent for 200 years!

Gran Seaflower 2021: A Spark of Hope in The Caribbean
The unregulated trade of marine ornamental fish: How many Nemos and Dorys are imported to Europe every year?
COVID-19: Millions of animals are paying the deadly price for human vaccines
Protecting The Oceans Where They Are: The Gran Seaflower Campaign Has Been Launched!
All news 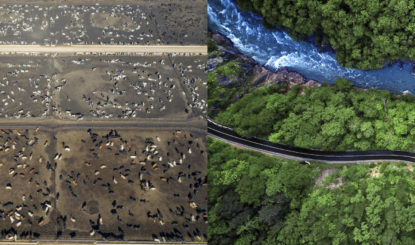