Fondation Franz Weber establishes a wild horse sanctuary spanning over 500 square kilometres to save Australia’s brumbies from being brutally shot. 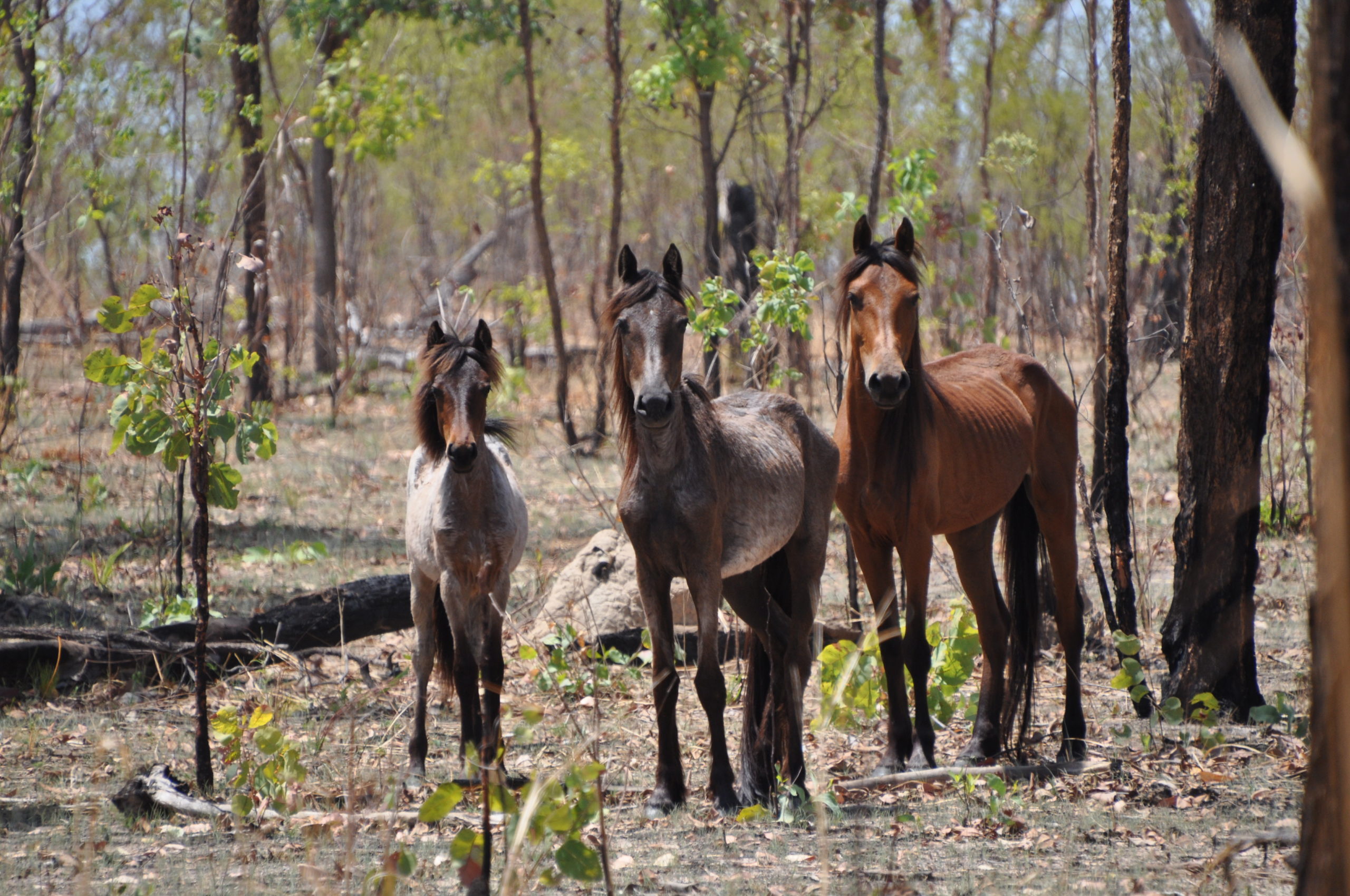 Mass shootings of wild horses (brumbies, as they are called in Australia) from the air! Men in helicopters gunning down entire herds of fleeing horses. Many collapsing, struck by bullets. Death does not always come immediately. This barbaric practice was not only tolerated by the Australian government in the 1980s but organised by it. The excuse? Horses weren’t indigenous.

In 1987 and 1988, Fondation Franz Weber (FFW) brought the brumby bloodbath to public attention in Europe. The international outcry put an end to the culls.

Following this crisis, in November 1989, FFW purchased Bonrook Station, a vast former cattle ranch in the Northern Territory, Australia. And so, the Franz Weber Territory was born: a protected natural paradise spanning 500 square kilometres of tropical bushland. This property of Foundation Franz Weber is to date the only sanctuary for Australia’s wild horses. It also serves as a sanctuary for countless other rare indigenous species.