In 1976-77, Franz Weber mobilized the world media against the annual massacre of baby seals in the Canadian pack ice. He is supported by Brigitte Bardot, whom he knows very well from his years as a journalist in Paris. 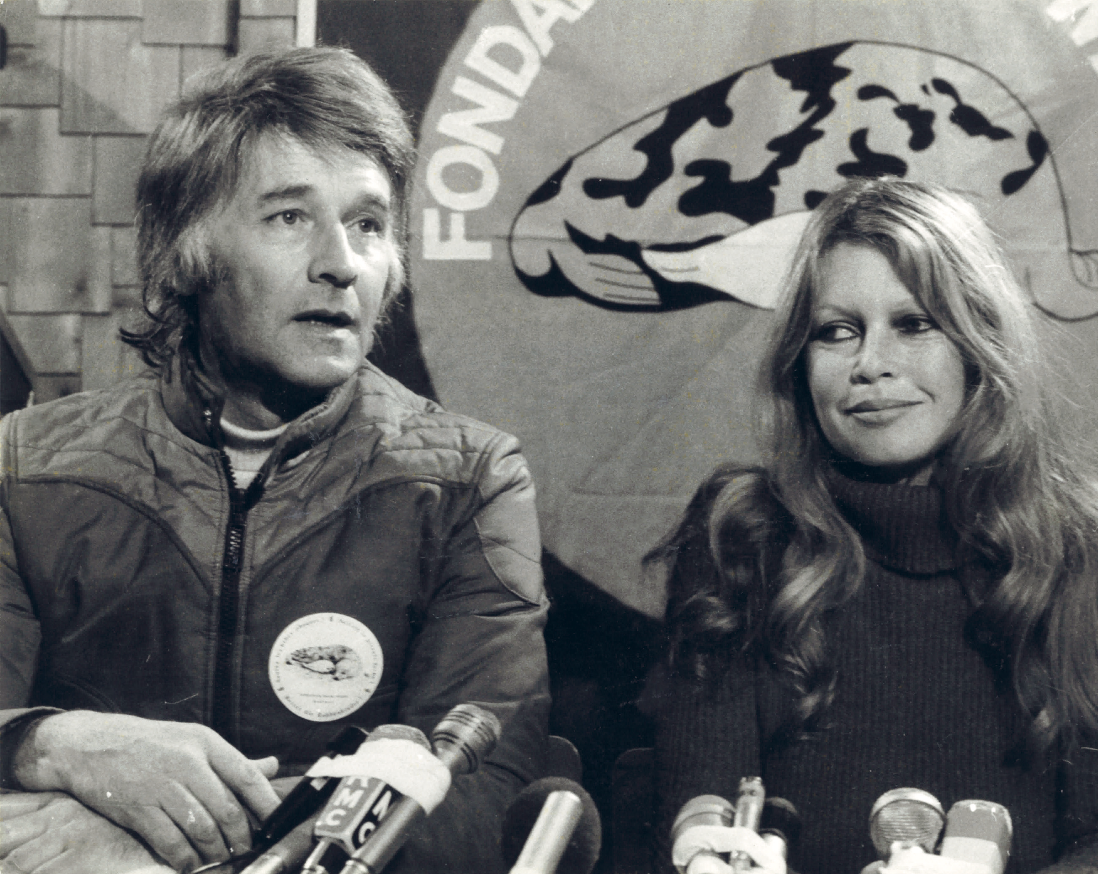 After almost seven years of fighting, the Canadian seal hunt is stopped for twelve years in 1983, while the hunt for “white coats”(baby seals with white fur) is finally banned.

With its persistent campaign against the Canadian seal hunt over many years, Fondation Franz Weber (FFW) has made a crucial contribution to the fact that 35 countries – including the EU, USA, Russia and also Switzerland – have banned the import of Canadian seal products to date.

Photo: This photo went around the world and made Franz Weber an icon of animal protection. In his campaign against the cruel seal hunt, movie star Brigitte Bardot supported him.