The Rescued Horses of Salta Find Happiness at Equidad

Today’s World Horse Protection Day we dedicate to our horses on Sanctuary Equidad. How are they doing today?

Last year, the Argentinian team of Fondation Franz Weber received a call for help – 270 horses and donkeys were dying of hunger and disease on a police property in Salta, Argentina. The animals, most of which had been used to collect garbage, had been confiscated by the police from their owners for mistreatment. But on the police premises, the former rubbish-collection horses and donkeys vegetated in a hell of mud and excrement.

Our indignation at these unspeakable conditions increased when we learned that various public authorities were responsible. The municipality of Salta had banned the use of draft animals for waste disposal but did not offer waste recyclers new opportunities to feed their families. At the same time, the police insisted that the poor horses and donkeys were not the property of the police, as they had only confiscated them on the basis of a court order. Therefore, the judiciary was responsible for the animals. Nobody cared for the animals who were left completely alone.

For our team at Sanctuary Equidad, a real mud flight with the authorities began. In May last year, we were able to free the first animals from their misery. Now that the tragedy has been overcome, the case of the horses of Salta is turning into a victory for animal welfare and justice in Argentina.

While it is impossible to measure the welfare of our animals in numbers, we can count the individual rescues. In total, we rescued 75 horses, 8 cows and bulls, 4 donkeys and 3 mules in Salta.

Most of the rescued animals now live at Sanctuary Equidad. We are looking for families to adopt some of them. Already 18 horses have found a new home with families in Cordoba and Salta, who are now giving them the much-needed care and their “forever home”.

Read more about Sanctuary Equidad on our project page. 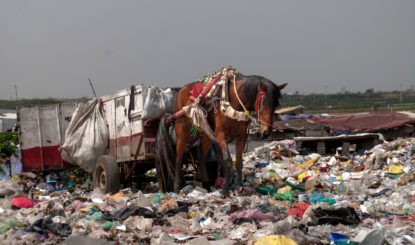